The Internet, SMS, and Participatory Health

liveblog of a #gv2012 panel – please leave any corrections in the comments!

Serina Kalande (@serina_k) is a volunteer with Rising Voices, where she has lead the Blogging Positively project. The project began almost as soon as Global Voices itself. It’s a collection of HIV-positive bloggers and those blogging about HIV AIDS. You can view a map of this network here.

Laura Walker Hudson (@laurawhudson) of FrontLineSMS is based here in Nairobi, with 6 developers, as well as teams in DC and London. They make open source software that lets you send and receive SMSes on your computer without an internet connection. Their software’s been downloaded close to 27,000 times in their six years, and recently launched Frontline SMS v2.0.

Laura’s main point is that participation online is primarily about access. Your choice of technical platform becomes political if you choose a platform that isn’t accessible, because you’re deciding who will and won’t be engaged. The UN says that 90% of us have access to a mobile phone, even if we don’t have one ourselves. SMS can be a conduit to get information into places where travel is difficult, internet access is poor, and even radio signals have trouble reaching.

Technical platforms have end users as well as administrators running the project. Administrators need to be able to afford and master the platform. FrontlineSMS has focused on designing and using technology that can be easily used by each type of user.

Leah Okeyo is a correspondent for WorldPulse, which looks at global issues through the eyes of women. Leah is HIV-positive and works with HIV-positive people to encourage a shared responsibility for preventing transmission of HIV. She argues that those with HIV have a critical voice in this work: “It is the wearer of the shoe who knows where it pinches most.” Many people are dying, many others are stigmatized, so Leah works to spread the word, in interviews with Rising Voices, the UN Women’s website, WITNESS, and the BBC.

Leah credits the internet with helping her community by opening the door to international forums, she’s able to share her community’s successes and failures with the rest of the world. The internet allowed her to quickly escape the dungeon of stigma, because there were forums where she could boldly and honestly talk about her experience without fear.

She’s concerned about the limited reach of the internet. Blogging provides so much information and expression, but not everyone can read the content. The keyboard itself is a barrier for many people; Leah has never taken a typing class.

Juhie Bhatia (@juhiebhatia), Health Editor for Global Voices, brings up the field of mHealth, or the use of mobiles in improving healthcare and health delivery. It’s received a lot of attention, but how much potential does it really have?

Laura thinks there’s still huge potential for mobile health. Penetration continues to grow, and SMS usage is nearly universal. Medical records is one area that has seen a huge leap forward thanks to mobile health. Records zoom around on SMS now, whereas before they were kept on paper records or not at all. SMS has also been used effectively for behavior change campaigns, like HIV awareness campaigns and reminders to take necessary drugs.

Laura is concerned that SMS not be used simply for large blast messaging, and that it remain personal to remain effective. Blast outbound messaging sometimes isn’t as powerful as we sometimes want to think. Spam by text is as bad as spam by email, in terms of effectiveness. But publishing a number that people can SMS and ask questions directly is powerful. Safaricom has a 10 shilling per day unlimited SMS bundle. Of course, messaging directly with many respondents by SMS is hard to scale, as the DoSomething campaign has found.

Leah sees more of a challenge with mobile health because of the limited access to mobile phones due to their cost. She would like to see stronger networks of organizations for information-sharing with the rest of the world, and see members subscribe and benefit from this information.

Laura says that one of the main barriers to SMS is the cost. No one will give it to you for free. Large NGOs have tried, but the mobile carriers won’t do it, unless it’s Haiti and you have the Red Cross and the UN marching in the door.

An audience member plugs WASH, which is a group of journalists for Water And Health Sanitation in Africa. They’re sponsored by a British NGO and working to create awareness about the importance of access to clean water.

Laura says that SMS is one of the most vulnerable communication channels. It was never meant to be secure. If you’re doing health messaging, especially in areas like HIV where there’s huge stigma and associated risk, you need to be very careful about the messages you’re sending.

FrontlineSMS published a user guide to data integrity with SMS, whether it’s information about health or SMS under oppressive regimes. Its main point was that you have to be very, very careful.

An audience member points out that messages she had written on private forums were indexed on Google with her real name.

Governments and Participatory Health
Leah says that government policy-making is very slow, but not impossible. Serina points out that several African governments are currently rewriting their constitutions, which is an opportunity. When it comes to our own networks, we reach limits and breakdowns in the spreading of information, so we need to expand our personal networks.

Laura says that governments are on board with participatory health, and are beginning to put together systems, but tend to be top-down, whereas groups like FrontlineSMS work to help communities get involved. The closer to home the intervention, the more likely it is to be successful. 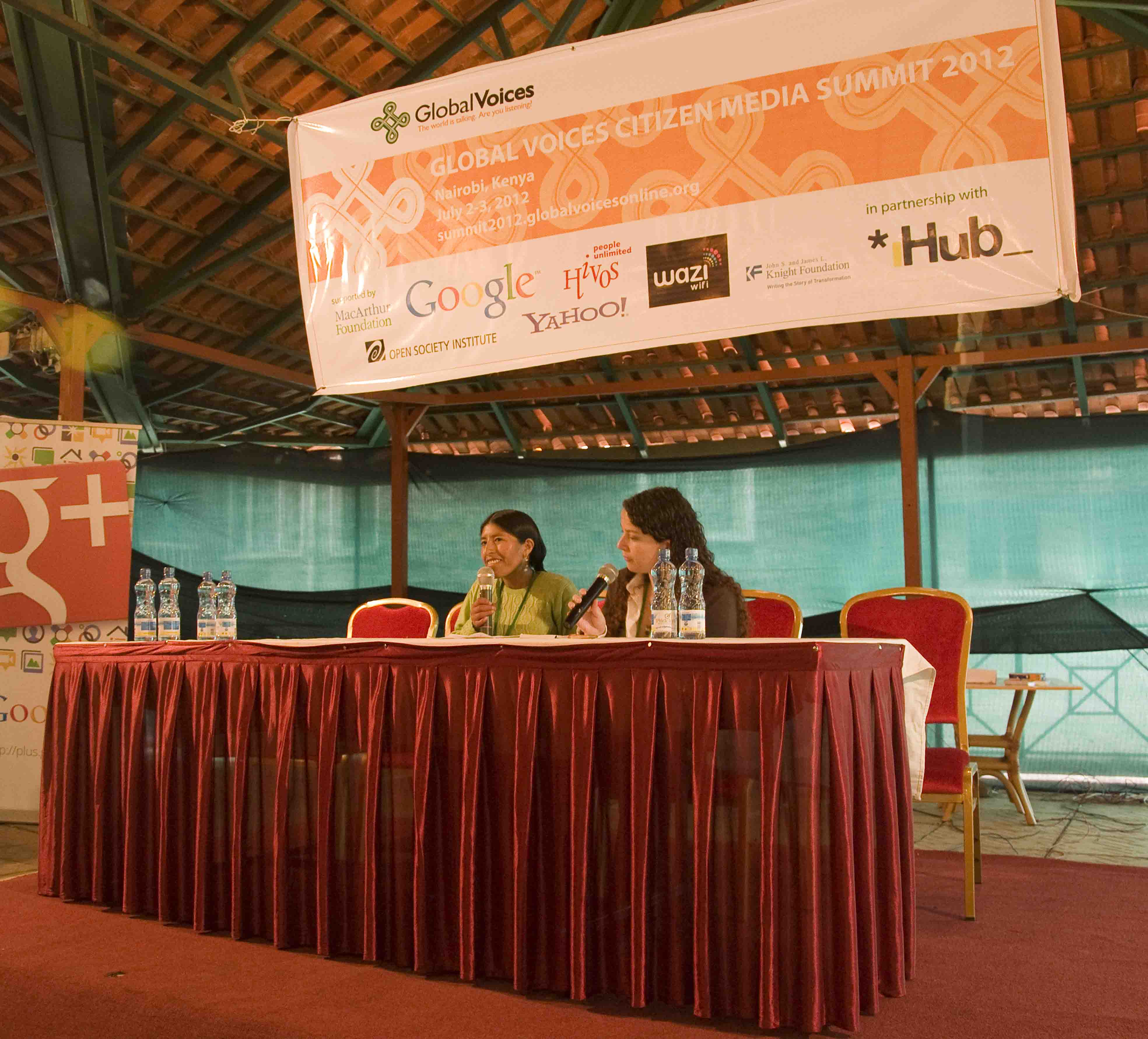 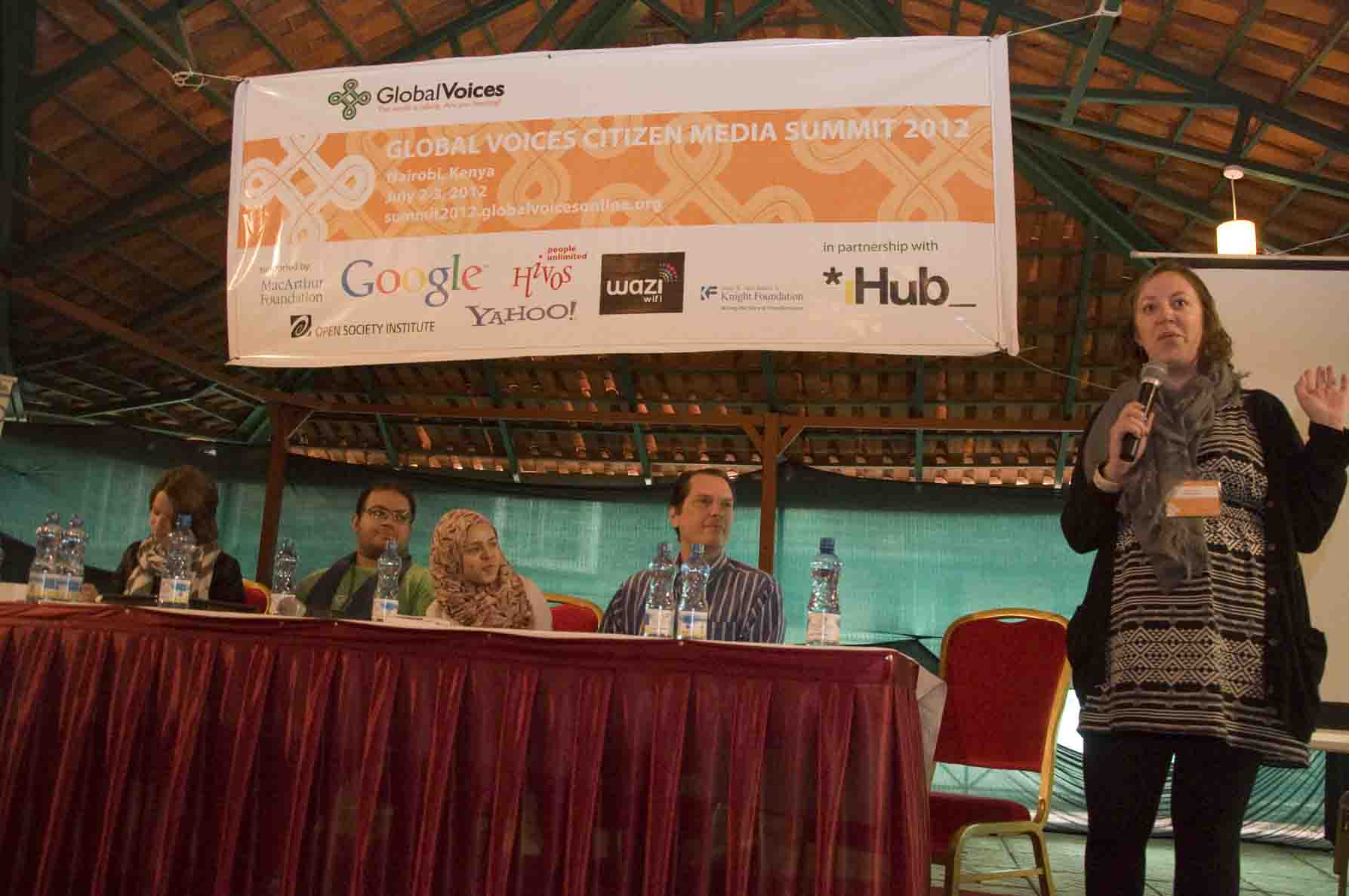